A senior delegation (Dr. Abdul Samad Salahuddin Ahmad, the president of TIU and Dr. Jaafer Hussein, the Director of International Relations) from Tishk International University visited Jordan from October 24th to 28th, 2022. The delegation participated in “1st Int. Conf. for Science and Pharmacy”  held at Mu’tah University on October 26 – 28th, 2022. Meanwhile, with the aim of strengthening the academic and scientific ties, the delegation visited Jordan University of Science and Technology (JUST) on October 25th 2022 in the morning. They have been received by the acting president Prof. Dr. Sarhan Hadad, and the Dean of Nanotechnology, Prof. Dr. Borhan Aldeen Albiss. Both sides discussed the academic and scientific opportunities available like staff and student mobilities and the mechanism of implementing the articles stated at the signed MoU between both universities. During the visit, the delegation have been guided to  several Faculties and their Laboratories including the Faculties of  Nursing , and  Biotechnology.

Note: The Jordan University of Science and Technology often abbreviated JUST, is a state- supported university located on the outskirts of Irbid, at Ar Ramtha in northern Jordan. The University comprises twelve faculties that offer a spectrum of undergraduate and higher study programs, in addition to King Abdullah University Hospital which is a tertiary teaching hospital affiliated with JUST and located within its campus. 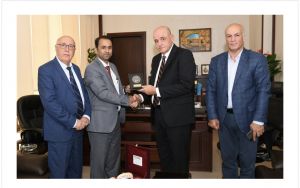 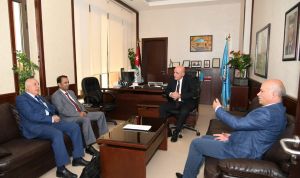 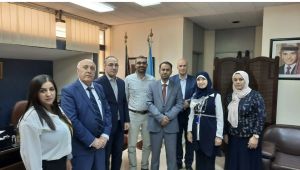